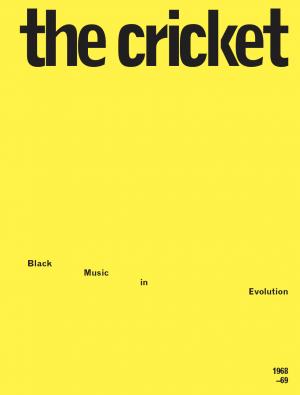 Complete facsimile of The Cricket, an important but underknown music magazine edited by poets and writers Amiri Baraka, A. B. Spellman, and Larry Neal in 1968–69—a rare document of the Black Arts Movement.

Published in the late 1960s by Baraka's New Jersey-based JIHAD productions around the time of the Newark Riots, The Cricket: Black Evolution in Music was an experimental music magazine running poetry, short plays, and gossip alongside concert and record reviews and essays on music and politics. Over four mimeographed issues, The Cricket laid out an anti-commercial ideology and took aim at the conservative jazz press, providing a space for critics, poets, and journalists (including Stanley Crouch, Haki Madhubuti, Ishmael Reed, Sonia Sanchez, and Keorapetse Kgositsile) and musicians (including Cecil Taylor, Milford Graves, Sun Ra, Mtume, Albert Ayler, the Black Unity Trio) to devise new styles of music writing. The publication emerged from the heart of a political movement—"a proto-ideology, akin to but younger than the Garveyite movement and the separatism of Elijah Mohammed," as Spellman write's in the books preface—and aimed to reunite advanced art with its community, "to provide Black Music with a powerful historical and critical tool," and to enable avant-garde Black musicians and writers "to finally make a way for themselves."

This publication gathers all issues of the magazine and a new substantial introduction by artist and writer Kodwo Eshun.

Preface by A. B. Spellman.
Introduction by Kodwo Eshun. 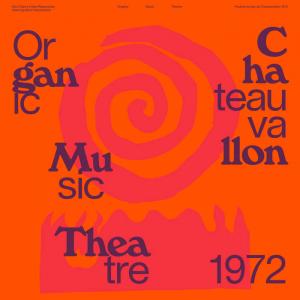 In the late 1960s, the American trumpet player and free jazz pioneer Don Cherry (1936–1995) and the Swedish visual artist and designer Moki Cherry (1943–2009) began a collaboration that imagined an alternative space for creative music, most succinctly expressed in Moki's aphorism "the stage is home and home is a stage." By 1972, they had given name to a concept that united Don's music, Moki's art, and their family life in rural Tagårp, Sweden into one holistic entity: Organic Music Theatre. Captured here is the historic first Organic Music Theatre performance from the 1972 Festival de jazz de Chateauvallon in the South of France, mastered from tapes recorded during its original live broadcast on public TV. A life-affirming, multicultural patchwork of borrowed tunes suffused with the hallowed aura of Don's extensive global travels, the performance documents the moment he publicly jettisoned his identity as a jazz musician, and represents  the start of his communal "mystical" period, later crystallized in recordings such as Organic Music Society, Relativity Suite, Brown Rice, and the soundtrack for Alejandro Jodorowsky's The Holy Mountain. 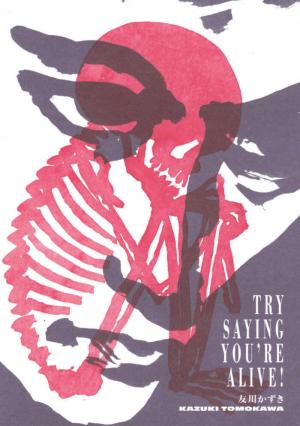 A memoir by Kawasaki-based writer and musician Kazuki Tomokawa, Try Saying You're Alive! offers a semi-fictionalized account of the vibrant Tokyo underground that he has been at the center of since the 1970s.

Recounting sixty years in the life of this "screaming philosopher." Try Saying You're Alive! traces Tomokawa's beginnings in the Akita Prefecture as a "runaway toddler," his adolescent basketball career, and his wanderings as a day laborer, gambler, painter, actor, drinker, and avant-garde folk guitarist. Anecdotes of figures such as novelist Kenji Nakagami, poet Shuji Terayama, actor Tôru Yuri, directors Takashi Miike and Nagisa Ōshima, and musicians Ryudo Uzaki and Kan Mikami animate this impassioned memoir by a legendary musician. This is the first English translation of Tomokawa's writing.

Kazuki Tomokawa (born Tenji Nozoki in 1950 in the Akita Prefecture area of northern Japan) is a prolific Japanese musician, singer-songwriter, artist and poet, one of the pioneers of acid-folk, active on the Japanese music scene since the beginning of the 1970s, companion of musicians such as Kan Mikami, Keiji Haino or Motoharu Yoshizawa. He has recorded more than thirty albums. 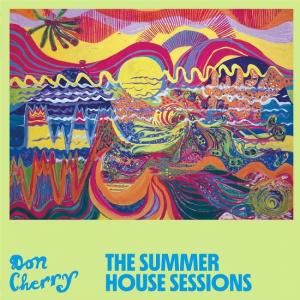 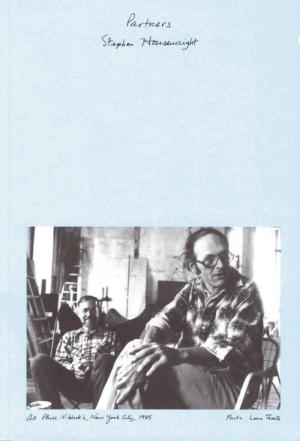 Jerry Hunt was among the most eccentric figures in the world of new music. A frenetic orator, occultist and engineering consultant, his works from the 1970s through the early '90s made use of readymade sculptures, medical technology, arcane talismans and all manner of homemade electronic implements to form confrontational recordings and enigmatic, powerful performances. Tracing Hunt's life across his home state's major cities to a self-built house in rural Van Zandt County, this memoir-cum-biography by Stephen Housewright, Hunt's partner of 35 years, offers illuminating depictions of Hunt's important installations and performances across North America and Europe.

Housewright narrates a lifetime spent together, beginning in high school as a closeted couple in an East Texas and ending with Hunt's battle with cancer and his eventual suicide, the subject of one of his most harrowing works of video art. This highly readable narrative contains many private correspondences with, and thrilling anecdotes about, Hunt's friends, family, and collaborators, including Joseph Celli, Arnold Dreyblatt, Michael Galbreth, Karen Finley, James and Mary Fulkerson, Guy Klucevsek, Pauline Oliveros, Paul Panhuysen, Annea Lockwood, and the S.E.M. Ensemble.

Jerry Hunt (1943–93) was a Texas-born artist and musician with an astonishing mind and a mystifying practice. Hunt was a singular figure and one of the most radically unorthodox artists of his generation. His remarkable yet underknown work incorporated motion- and sensor-activated technologies, readymade props, eccentric choreographies, and sixteenth-century astrology into performance and composition. While he orbited avant-garde worlds in the United States and Europe, his personal life, spent largely on a ranch in rural Texas, remained elusive. 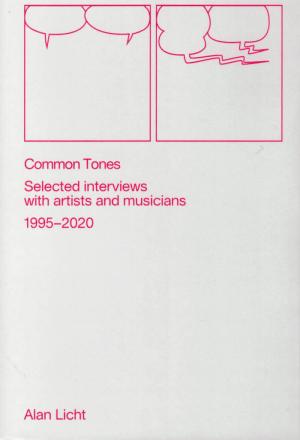 The collection of previously unpublished interviews and extended versions of Alan Licht's famous conversations with figures in the American art and musicscene.

For the past thirty years, Alan Licht has been a performer, programmer, and chronicler of New York's art and music scenes. His dry wit, deep erudition, and unique perspective—informed by decades of experience as a touring and recording guitarist in the worlds of experimental music and underground rock—have distinguished him as the go-to writer for profiles of adventurous artists across genres. A precocious scholar and improvisor, by the time he graduated from Vassar College in 1990 Licht had already authored important articles on minimalist composers La Monte Young, Tony Conrad, and Charlemagne Palestine, and recorded with luminaries such as Rashied Ali and Thurston Moore. In 1999 he became a regular contributor to the British experimental music magazine The Wirewhile continuing to publish in a wide array of periodicals, ranging from the artworld glossies to underground fanzines.

Common Tones gathers a selection of never-beforepublished interviews, many conducted during the writing of Licht's groundbreaking profiles, alongside extended versions of his celebrated conversations with artists, previously untranscribed public exchanges, and new dialogues held on the occasion of this collection. Even Lou Reed, a notoriously difficult interviewee also included here, was suitably impressed. 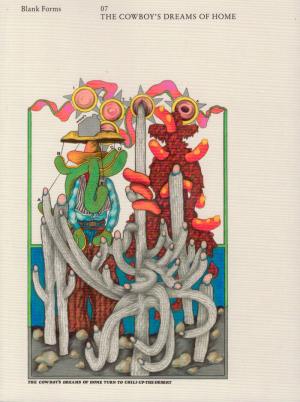 The seventh entry in an ongoing series of anthologies, this book features rare poems alongside new essays and interviews that engage the artists and themes explored elsewhere in Blank Forms' public programming.

Where most of prior entries, including Aspirations of Madness (2020), Intelligent Life (2019), and Music From The World Tomorrow (2018), have foregrounded little-seen or newly translated archival materials, this iteration privileges new texts produced specifically for the publication. These include an in-depth retrospective interview with the idiosyncratic Texan singer-songwriter and visual artist Terry Allen conducted by ICA Philadelphia chief curator Anthony Elms; a conversation between multidisciplinary writers—and longtime friends—Thulani Davis and Jessica Hagedorn on the occasion of Davis's latest poetry collection, Nothing but the Music, recently published by Blank Forms Editions; a recent discussion between composer Sarah Hennies and cellist Judith Hamann about their recent collaboration, which is included on Hamann's Music for Cello and Humming; and a conversation with composer-performers Tashi Wada and Charles Curtis, on the heels of a recent compilation of Curtis's work, Performances & Recordings 1998– 2018, produced by Wada. Each of these interviews shed light on the particularities of the artists' careers and methods in terms both formal and casual, practical and theoretical.

In addition to these dialogues, this book features new critical reflections on three artists whose work Blank Forms has presented: the legendary jazz percussionist and healer Milford Graves, by Ciarán Finlayson; English multimedia artist Graham Lambkin and his beguiling 2011 album Amateur Doubles, by Alan Licht; and the UK-based experimental music trio Still House Plants, by Joe Bucciero. These articles mine historical, social, and theoretical contexts, filling gaps in the existing literature on the given artist-subjects. New and archival poems and writing about poetry complement these interviews and essays, including rare texts by Davis, Hagedorn, and René Daumal—the latter translated by Louise Landes Levi—and a suite of Auto-Mythological writings commissioned from Chicago-based composer and musician Angel Bat Dawid. 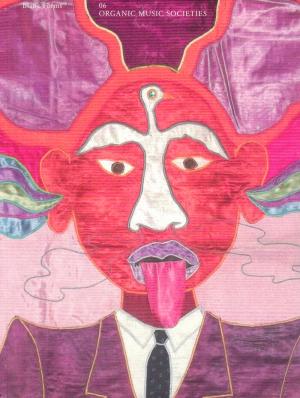 Don and Moki Cherry (born Karlsson) met in Sweden in the late sixties. They began to live and perform together, dubbing their mix of communal art, social and environmentalist activism, children's education, and pan-ethnic expression “Organic Music.” Organic Music Societies, Blank Forms' sixth anthology, is a special issue released in conjunction with an exhibition of the same name devoted to the couple's multimedia collaborations. The first English-language publication on either figure, the book highlights models for collectivism and pedagogy deployed in the Cherrys' interpersonal and artistic work through the presentation of archival documents alongside newly translated and commissioned writings by musicians, scholars, and artists alike.

Beginning with an overview by Blank Forms Artistic Director Lawrence Kumpf and Don Cherry biographer Magnus Nygren, this volume further explores Don's work of the period through a piece on his Relativity Suite by Ben Young and an essay on the diasporic quality of his music by Fumi Okiji. Ruba Katrib emphasizes the domestic element of Moki's practice in a biographical survey accompanied by full-color reproductions of Moki's vivid tapestries, paintings, and sculptures, which were used as performance environments by Don's ensembles during the Sweden years and beyond. Two selections of Moki's unpublished writings—consisting of autobiography, observations, illustrations, and diary entries, as well as poetry and aphorisms—are framed by tributes from her daughter Neneh Cherry and granddaughter Naima Karlsson. Swedish Cherry collaborator Christer Bothén contributes period travelogues from Morocco, Mali, and New York, providing insight into the cross-cultural communication that would soon come to be called “world music.”

The collection also features several previously unpublished interviews with Don, conducted by Christopher R. Brewster and Keith Knox. A regular visitor to the Cherry schoolhouse in rural Sweden, Knox documented the family's magnetic milieu in his until-now unpublished Tågarp Publication. Reproduced here in its entirety, the journal includes an interview with Terry Riley, an essay on Pandit Pran Nath, and reports on counter-cultural education programs in Stockholm, including the Bombay Free School and the esoteric Forest University.

Taken together, the texts, artwork, and abundant photographs collected in Organic Music Societies shine a long overdue spotlight on Don and Moki's prescient and collaborative experiments in the art of living. 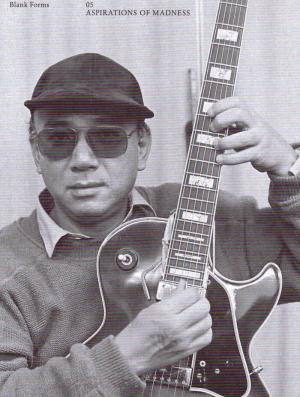