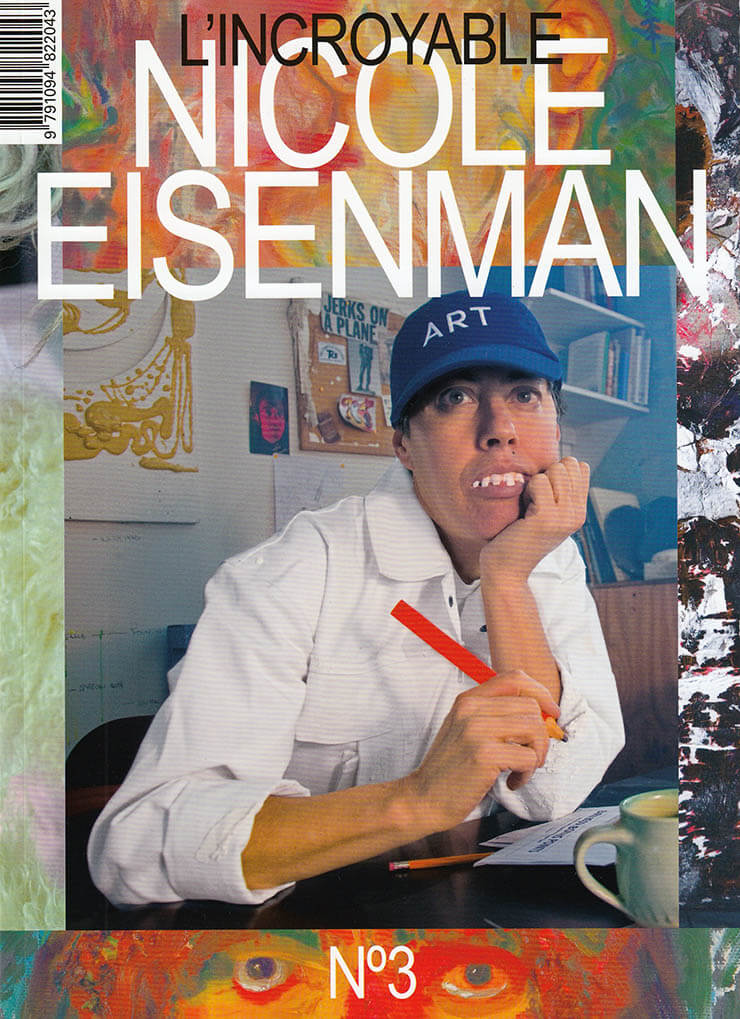 L'Incroyable is a monographic magazine dedicated to an artist's teenage years and his cultural background. This third issue proposes an immersion into the young years of artist Nicole Eisenman in New York in the 1980s.

Founded in 2015 by artist Clotilde Viannay, L'Incroyable magazine is dedicated to adolescence and retraces the teenage years of a personality, examining the cultural context of his youth.
The magazine is extended by the “Mini” series. Each book immerses itself in the youth of artists through an interview about their teenage years.

Since the 1990s the American artist Nicole Eisenman (born 1965 in Verdun, France, lives and works in New York) has garnered attention with her figurative paintings that, playfully and with great artistic freedom, cross stylistic and compositional elements from the history of art from Renaissance painting to modernism with comics, slapstick, TV culture, pornography, and subcultural image strategies.

Central to Eisenman's oeuvre is a complex, excessive, drawing-based work that comprises all the classical picture genres as well as a wit formulated between the outrageous and the idiotic. Nicole Eisenman's work is an inspired and gleeful deconstruction of conventions in art and society and it questions social models above all by reversing the clichés of female and male roles. It is about power and powerlessness, about art and commerce, consumerism and sex, about the possibilities made available by professionalism and dilettantism, and how artistic success and everyday life are constructed.

At the same time her work deals with the subsequent question of how the individual and she herself as artist and woman can take up a position within these roles. Eisenman's narratives of grotesque reformulations of social orders, or her depictions of human individuality, are always interspersed with possible failure or scenic breakdown: the pictorial content, the painting procedure, and the message contradict each other, and investigate a state of decline in historical as well as current conventions. 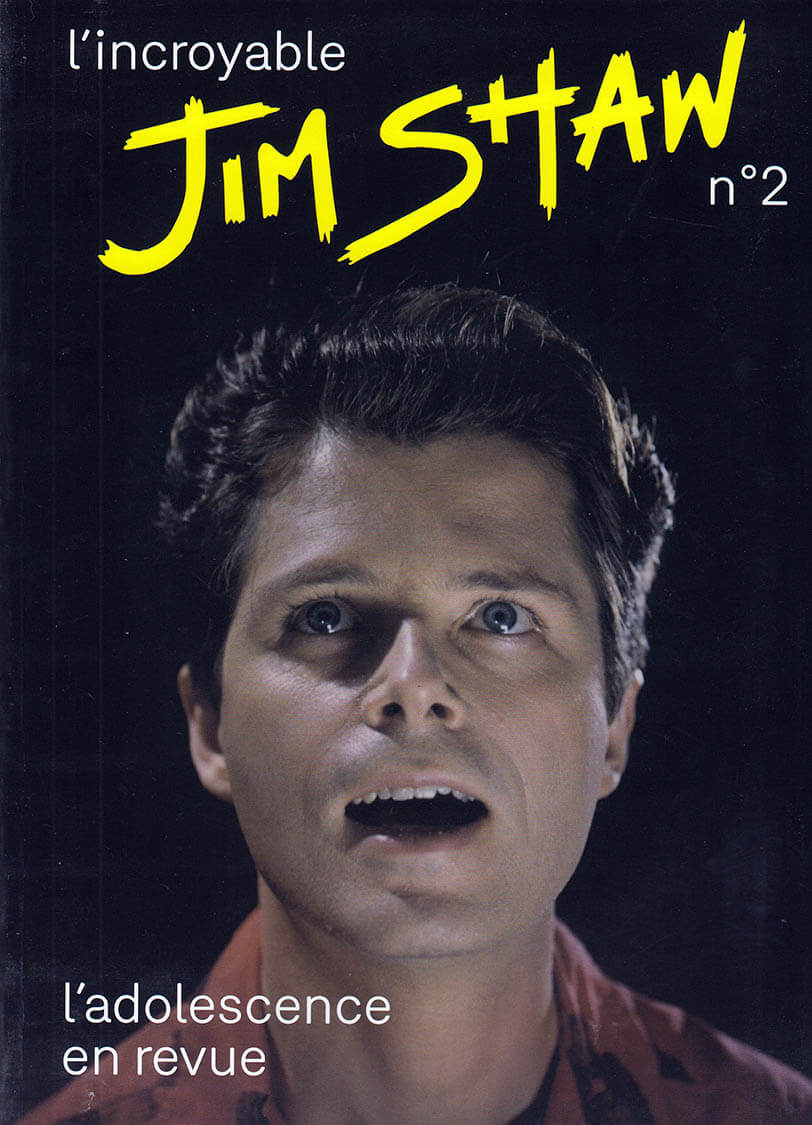 L'Incroyable is a monographic magazine dedicated to an artist's teenage years and his cultural background. This second issue focuses on Jim Shaw's Californian youth between the late 1950s and the beginning of the 1970s.

Works by Mathilde Agius, Joan Braun, Bertrand Dezoteux, Golgotha, groupe CCC – Alice Gavin and Valentin Bigel and École Duperré Paris students, Jérémy Piningre, Jim Shaw, Pierre Vanni.
Founded in 2015 by artist Clotilde Viannay, L'Incroyable magazine is dedicated to adolescence and retraces the teenage years of a personality, examining the cultural context of his youth.
The magazine is extended by the “Mini” series. Each book immerses itself in the youth of artists through an interview about their teenage years.

Jim Shaw (born 1952 in Midland, Michigan, lives and works in Los Angeles) is an atypical figure in the Californian art world, sharing with Paul McCarthy and Mike Kelley a similar desire to produce an immersive visual oeuvre aimed at exploring the dark side of the American psyche.