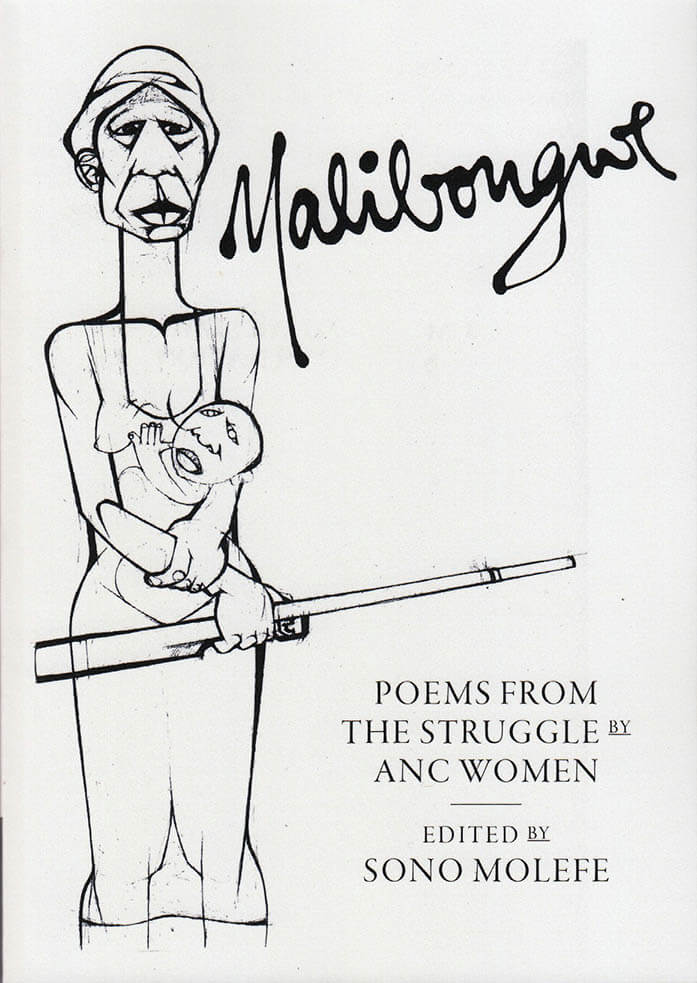 Malibongwe: Poems from the Struggle by ANC Women
Sono Molefe

In the late 1970s, Lindiwe Mabuza, a.k.a. Sono Molefe, sent out a call for poems written by women in anc camps and offices throughout Africa and the world. The book that resulted, published and distributed in Europe in the early 1980s, was banned by the apartheid regime.

Authorised by the editor, this re-issue of Malibongwe re-establishes a place for women artists in the history of South Africa's liberation. These are the struggles within the Struggle: a book that records the hopes and fears, the drives and disappointments, and the motivation and resilience of women at the front lines of the battle against apartheid. Here we see the evidence, too often airbrushed out of the narratives of national liberation, of a deep and unrelenting radicalism within women; of a dream of a South Africa in which not only freedom reigned, but justice too.