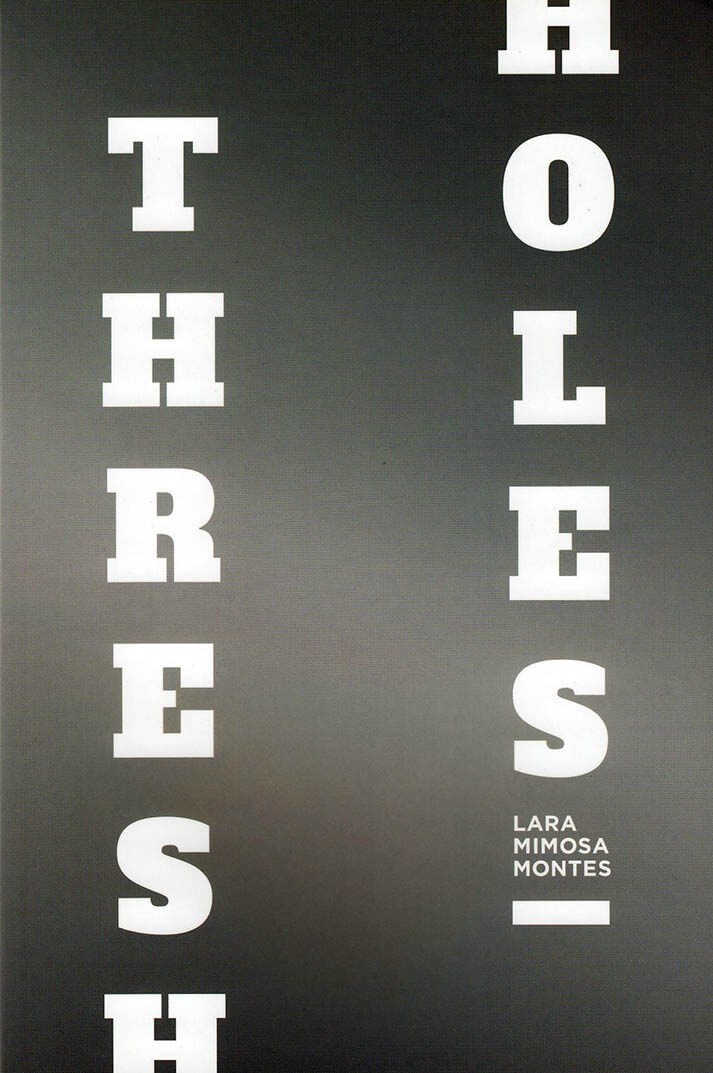 THRESHOLES is both a doorway and an absence, a road map and a remembering. In this almanac of place and memory, Lara Mimosa Montes explores the passage of time, returning to the Bronx of the ’70s and ’80s and the artistry that flourished there. What is the threshold between now and then, and how can the poet be the bridge between the two? Just as artists of that time highlighted what was missing in the Bronx, this collection examines what is left open in the wake of trauma and loss.

Lara Mimosa Montes is a writer based in Minneapolis and New York. Her poems and essays have appeared in Academy of American Poets’ Poem-A-Day, BOMB, Boston Review, Hyperallergic, Jacket2, and elsewhere. She is a 2018 McKnight Writing Fellow and CantoMundo Fellow. She holds a PhD in English from The Graduate Center, City University of New York. Currently, she works as a senior editor of Triple Canopy. She was born in the Bronx.