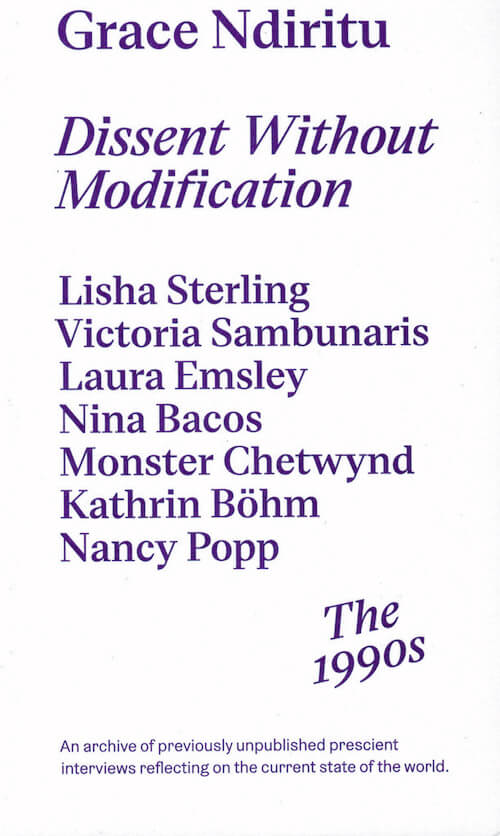 Dissent Without Modification is a research book composed of interviews with radical and progressive artists and thinkers, who started their education and careers in the 1990s. Some are well-known, some are not. They are African, European, and American women working as painters, photographers, performers, hackers, activists and educators, among other roles such as Lisha Sterling, Monster Chetwynd and Kathrin Böhm.

What connects these brilliant women together, now in their late thirties, mid forties, early fifties and sixties; is that the decade of the 1990s had a culturally significant impact on their politics, career and personal life choices. The decade represented a creative coming of age for them all and their lives changed forever. The consequences of those changes are still reflected in their distinctive thoughts and practices today.