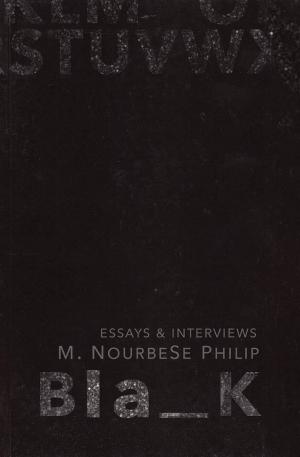 BLANK is a collection of previously out-of-print essays and new works by one of Canada's most important contemporary writers and thinkers. Through an engagement with her earlier work, M. NourbeSe Philip comes to realize the existence of a repetition in the world: the return of something that, while still present, has become unembedded from the world, disappeared. Her imperative becomes to make us see what has gone unseen, by writing memory upon the margin of history, in the shadow of empire and at the frontier of silence.

In heretical writings that work to make the disappeared perceptible, BLANK explores questions of race, the body politic,timeliness, recurrence, ongoingness, art, and the so-called multicultural nation. Through these considerations, Philip creates a linguistic form that registers the presence of what has seemingly dissolved, a form that also imprints the loss and the silence surrounding those disappearances in its very presence.

M. NourbeSe Philip is a poet, essayist, novelist, playwright, and former lawyer who lives in Toronto. She is a Fellow of the Guggenheim and Rockefeller (Bellagio) Foundations, and the MacDowell Colony. She is the recipient of many awards, including the Casa de las Americas prize (Cuba). Among her best-known works are: She Tries Her Tongue, Her Silence Softly Breaks, Looking for Livingstone: An Odyssey of Silence, and Zong!, a genre-breaking poem that engages with ideas of the law, history, and memory as they relate to the transatlantic slave trade. 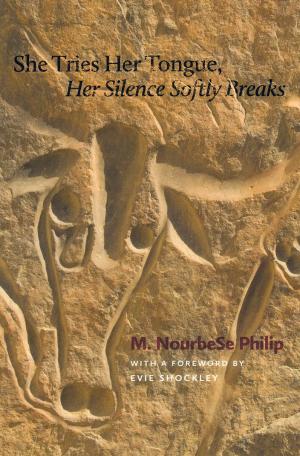 She Tries Her Tongue, Her Silence Softly Breaks
M. NourbeSe Philip
Wesleyan - 16.00€ -  out of stock

In 1988, Marlene Nourbese Philip won the prestigious Casa de las Americas prize for the manuscript version of this book. She is the first anglophone woman, and the second Canadian, to win the prize. Brilliant, lyrical and passionate, She Tries Her Tongue is an extended jazz riff on the themes of language, racism, colonialism and exile. Poems from this collection have been the subject of many academic papers and have been widely anthologized and reviewed. 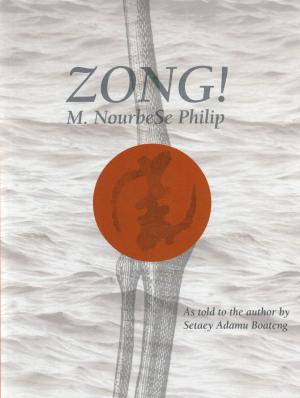 In November, 1781, the captain of the slave ship Zong ordered that some 150 Africans be murdered by drowning so that the ship’s owners could collect insurance monies. Relying entirely on the words of the legal decision Gregson vs Gilbert—the only extant public document related to the massacre of these African slaves—Zong! tells the story that cannot be told yet must be told. Equal parts song, moan, shout, oath, ululation, curse, and chant, Zong! excavates the legal text. Memory, history, and law collide and metamorphose into the poetics of the fragment. Through the innovative use of fugal and counterpointed repetition, Zong! becomes an anti-narrative lament that stretches the boundaries of the poetic form, haunting the spaces of forgetting and mourning the forgotten.

"A haunting lifeline between archive and memory, law and poetry."