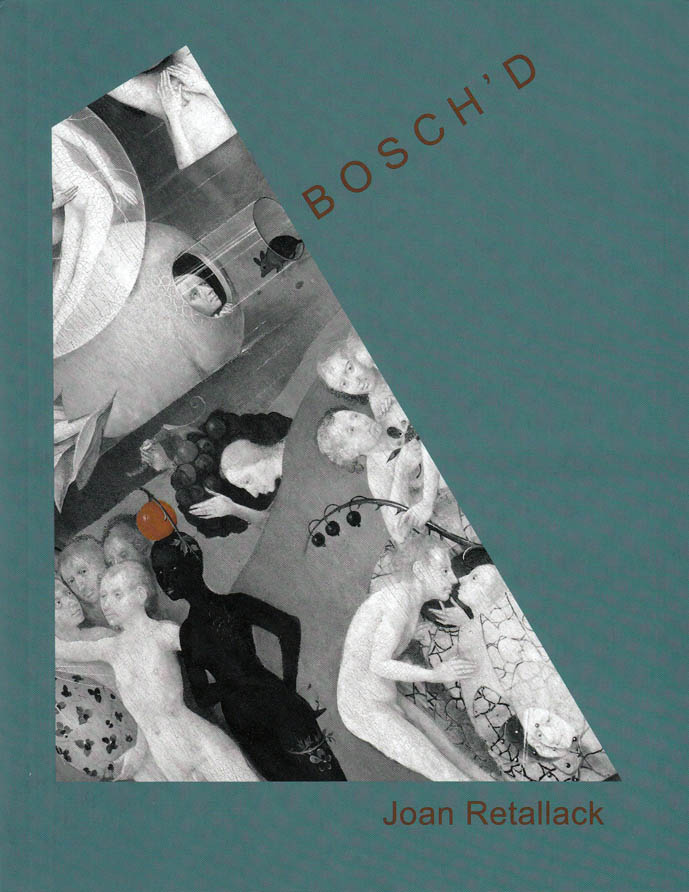 Bosch'd spans space-time in a whimsical mix of poetry, quotation, fact, and insertion that all seems to point toward the dissolution of binary, the questioning of what's considered common knowledge, and how a poet works to enact change.

The first of many Bosch'd aphorisms states the opening condition this way: "Humor without gravitas passes through the mind with little effect; gravitas without humor is death." With that, Retallack takes on the paradoxical, hence generative, dystopian logics she calls "our projectile legacies"--misogyny, racism, undaunted colonialism, and more. It's where her playful and grave poetics of the poethical wager revs up. "As the sun at noon illustrates all shadows," Hieronymus Bosch illuminated a beautiful and grotesque biosphere (see Fig. x) that, along with tender sensuality and ubiquitous love, was riddled with human follies and trespasses we've come to identify as the Anthropocene. "Bosch'd" (verb. trans.) does not yet appear in our lexicons. For some of its implications, we present this erudite, searching, and great-humored book.

"This proliferation of angels, and angles, and spectra, and scenes, and singing is all but too beautifully blur to blurb. It defies its own collection. You have to ride, or hide, in an untied thought balloon to read it. It's so beautiful, with so much thought inside, and so loco, so such a little crazy in all its other languages, so off and errant but also so on the spot and dug in and garden'd, so unalone and shared and redshifted, so non-solo'd and so alter'd, that it becomes an altar, its music of alterity holding a delightful cultivation of flown that we can ground in, though it's also so nonlocal, so shar'd in the general speech, that even in the preparation of its table of contents, as if it were a piano on which bizarre things have been painted as the coming of froth, BOSCH'D blindsides despair. Who is Genre Tallique anyway? Bud Powell? An owl? Wow!"—Fred Moten