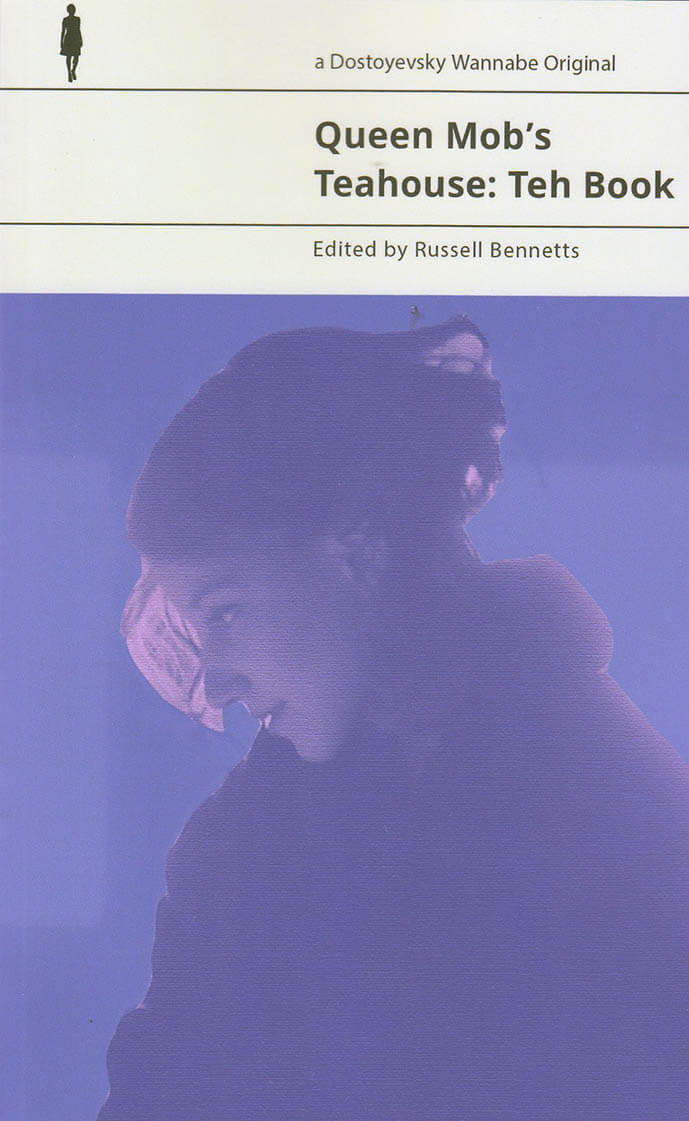 "Everyone has come for tea! Poets, robots, literary critics, essayists, philosophers and clouds, beamed in from around the world to think about a new order and remind you that literature really is the cure for what ails you. A humane and diverse collection of voices getting to grips with their human condition, and yours, and the end of the world, too." - Octavia Bright, co-host of Literary Friction

Queen Mob's Teahouse: Teh Book was edited by Russell Bennetts and features work by the following authors.

Cover design and finishing touches on the typesetting by Shuwei Bennetts and Dostoyevsky Wannabe. Cover photo of Julia Frakes by Kathryn LeSoine.