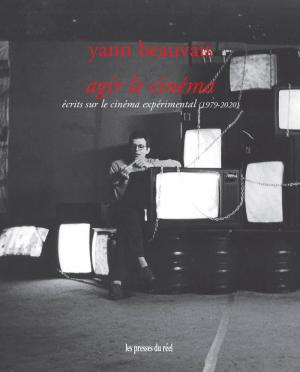 An anthology of the theoretical and critical texts on experimental cinema and moving images written by Yann Beauvais in parallel with his films and his activities as programmer and curator.

Yann Beauvais (born 1953 in France), as a teacher in United States, became conscious of the need to lead a "cultural battle". Filmmaker and film critic, he organizes experimental cinema events in France and other countries. After his film and philosophy studies, he became very influenced by contemporary art (Russian formalism and minimal structuralism) and learned music, as well as by his friendship with Paul Sharits. He strives to find a balance between formalism and lyricism. He himself explains that the common denominator between all his films is that they are all constructed according to the principle : "fragility" – "disappearance" – "disintegration". In 1982 he co-founds Light Cone with Miles McKane. Amongst others he has published : Musique film with Deke Dusinberre (1986), Mots : dites, image with Miles McKane (1988), Poussières d'images (1998), and Monter/Sampler with Jean-Michel Bouhours (2000). 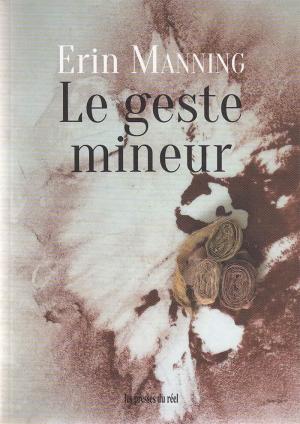 In this book Erin Manning extends her previous inquiries into the politics of movement to the concept of the minor gesture. The minor gesture, although it may pass almost unperceived, transforms the field of relations. More than a chance variation, less than a volition, it requires rethinking common assumptions about human agency and political action. To embrace the minor gesture's power to fashion relations, its capacity to open new modes of experience and manners of expression, is to challenge the ways in which the neurotypical image of the human devalues alternative ways of being moved by and moving through the world—in particular what Manning terms "autistic perception." Drawing on Deleuze and Guattari's schizoanalysis and Whitehead's speculative pragmatism, Manning's far-reaching analyses range from fashion to depression to the writings of autistics, in each case affirming the neurodiversity of the minor and the alternative politics it gestures toward. (The texts in this book are in French only.)