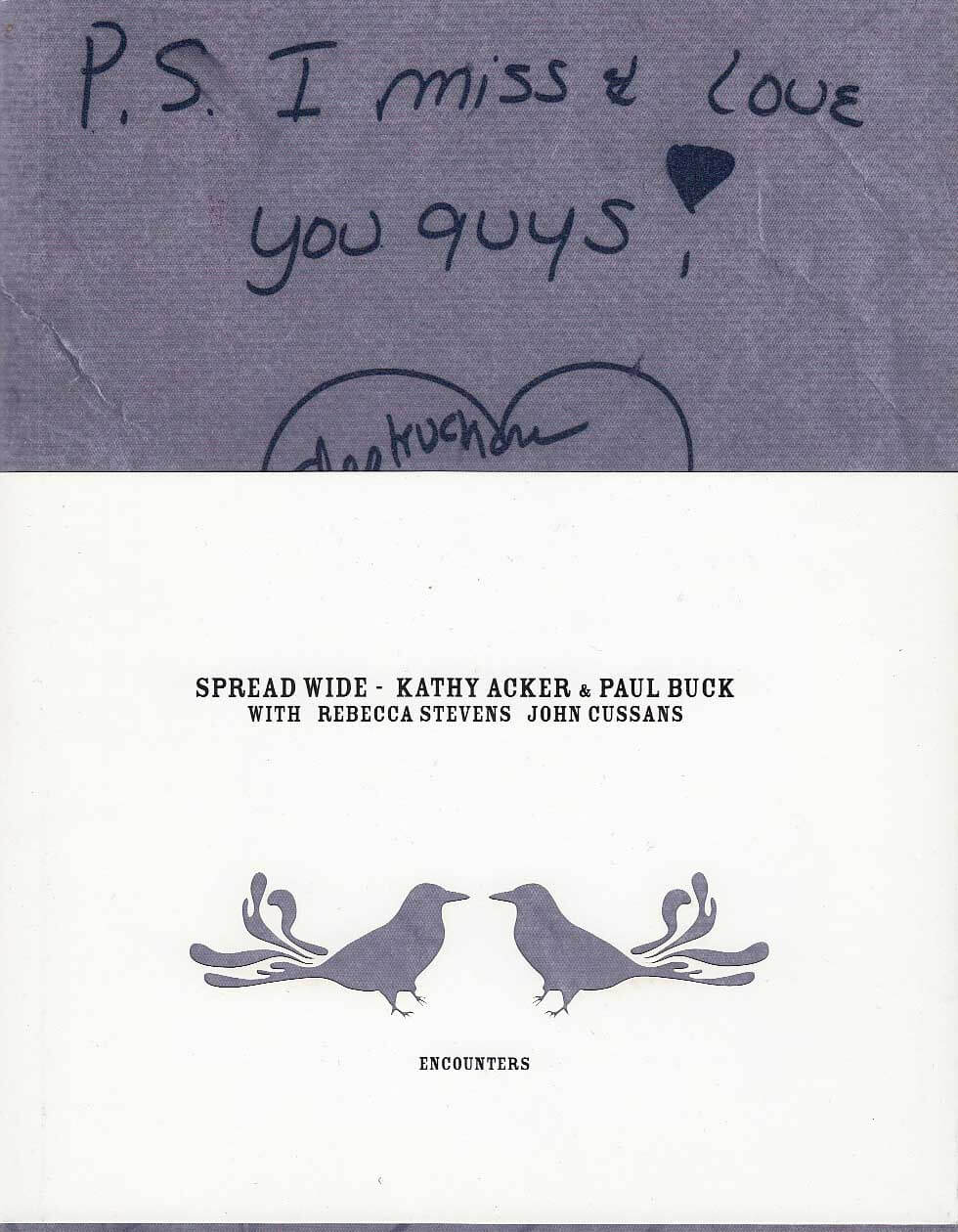 Various artists and authors use two writers' correspondence as a primary source to develop an artistic and literary falsification. In this collaborative volume, the writer and artist Paul Buck works with the late 29 Kathy Acker. Using as source the raw materials of their correspondence from the early Eighties, a period when Acker was writing Great Expectations and trying to leave America for London, Buck confronts issues of appropriation, sampling, and plagiarism, relevant then and now.

Further encounters are triggered by writer Rebecca Stephens, artist John Cussans... and playwright Richard Foreman, artist Susan Hiller, musician David Coulter. Kathy Acker (1947-1997) was at the forefront of transgressive writing from the Seventies until her death. Her provocative intertextual narratives—halfway between autobiography and pornography—were developed in lectures, performances and films (Variety, Bette Gordon).

Her published work includes Blood and Guts in High School (1984), Don Quixote (1986), and Empire of the Senseless (1988). Rebecca Stephens escaped the chains of theology teaching to write on Saints and Courtesans, subjects on which books are in the pipeline.

John Cussans is a writer, artist and researcher who has exhibited regularly in London, Berlin, Slovenia, Vienna, Vancouver. In 2001 he founded The Bughouse, an art-event generator inspired by the work of Philip K. Dick. Paul Buck (born 1942, United Kingdom) is a British poet, performer and author of more than fifty crime novels. He has been challenging notions of writing, narrative, and the limits of the feasible since the late Sixties in books like The Honeymoon Killers, Violations and Lust, Walking into Myself... Chief editor of Curtains magazine, he introduced many French authors to the English audience.