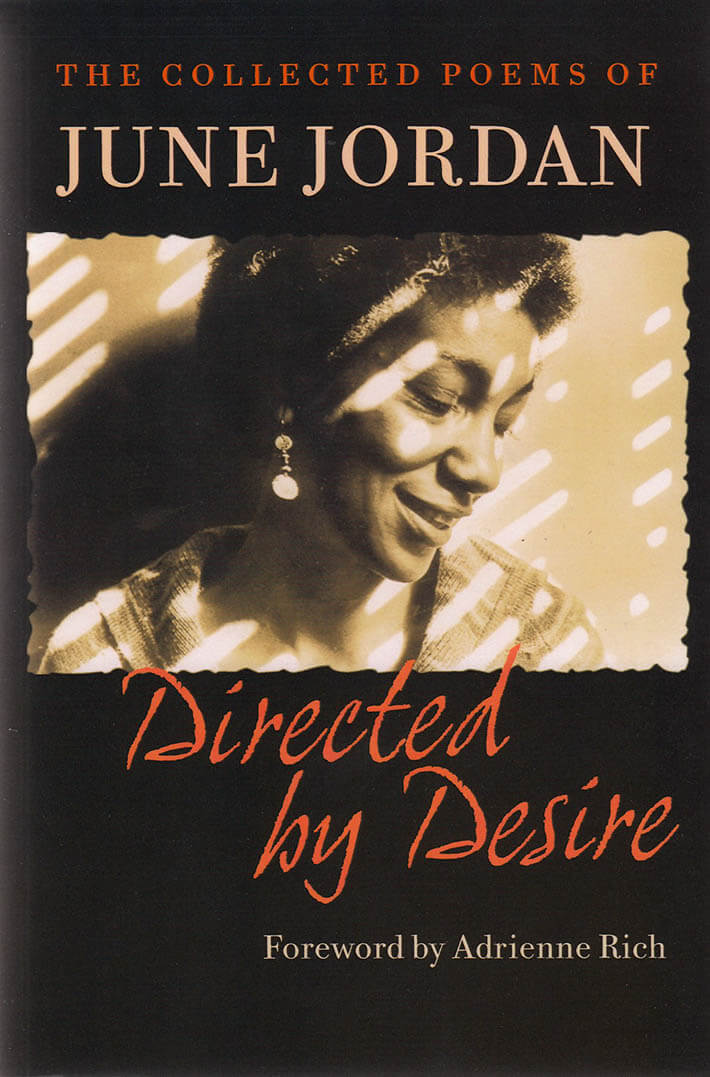 This definitive volume gathers work from June Jordan’s ten books of poetry and includes many never-before-published poems—including a tender, fierce, and innovative collection of poems written before her death in 2002. Throughout her storied career as an artist and activist, Jordan chronicled a living, breathing history of the struggles that have defined the United States. Having engaged in a vast stylistic range, Jordan’s work broadened and enriched the traditions of American poetry. Alice Walker wrote of Jordan: “[She] makes us think of Akhmatova, of Neruda. She is among the bravest of us, the most outraged. She feels for all. She is the universal poet.”

With a foreword by Adrienne Rich.

June Jordan was born in Harlem in 1936 and was the author of ten books of poetry, seven collections of essays, two plays, a libretto, a novel, a memoir, five children’s books, and June Jordan’s Poetry for the People: A Revolutionary Blueprint. As a professor at UC Berkeley, Jordan established Poetry for the People, a program to train student teachers to teach the power of poetry from a multicultural worldview. She was a regular columnist for The Progressive and her articles appeared in The Village Voice, The New York Times, Ms., Essence, and The Nation. After her death from breast cancer in 2002, a school in the San Francisco School District was renamed in her honor.