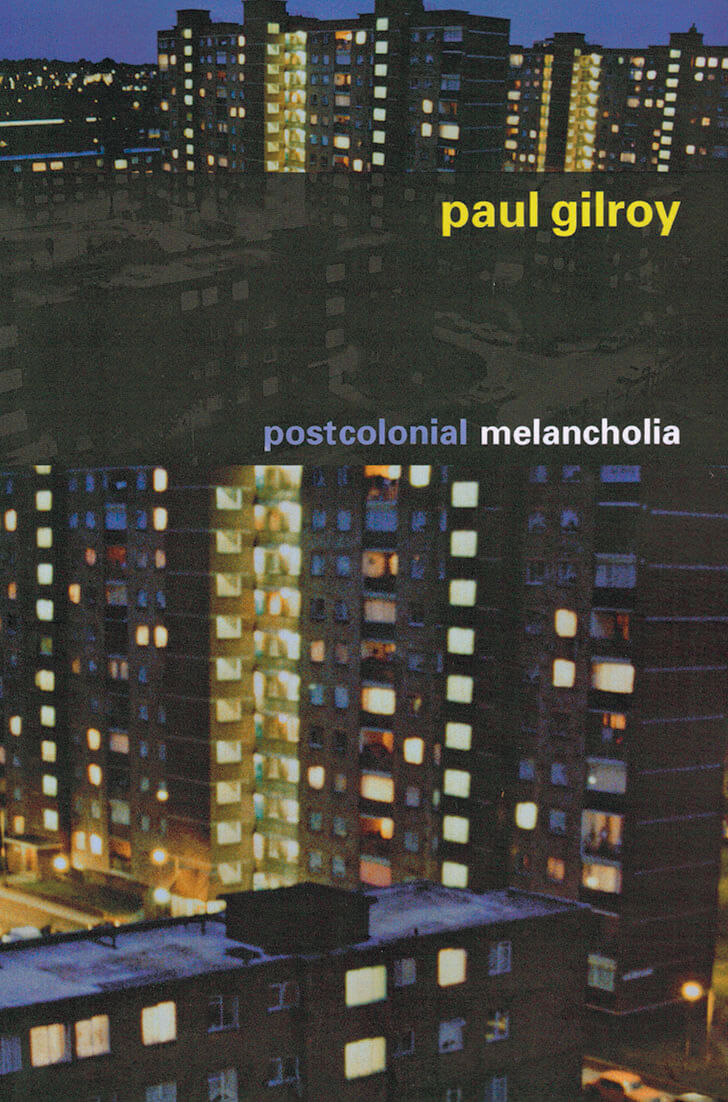 In Postcolonial Melancholia, Paul Gilroy continues the conversation he began in his landmark study of race and nation, 'There Ain't No Black in the Union Jack, ' by once again departing from conventional wisdom to examine-and defend-multiculturalism within the context of a post-9/11 "politics of security." Gilroy adapts the concept of melancholia from its Freudian origins and applies it to the social pathology of neoimperialist politics. His unorthodox analysis pinpoints melancholic reactions not only in the hostility and violence directed at blacks, immigrants, and aliens but also in an inability to value the ordinary, unruly multiculture that has evolved organically and unnoticed in urban centers. Drawing on seminal discussions of race by Frantz Fanon, W. E. B. DuBois, and George Orwell, Gilroy goes beyond the idea of mere tolerance and proposes that it is possible to celebrate multiculture and live with otherness without becoming anxious, fearful, or violent.