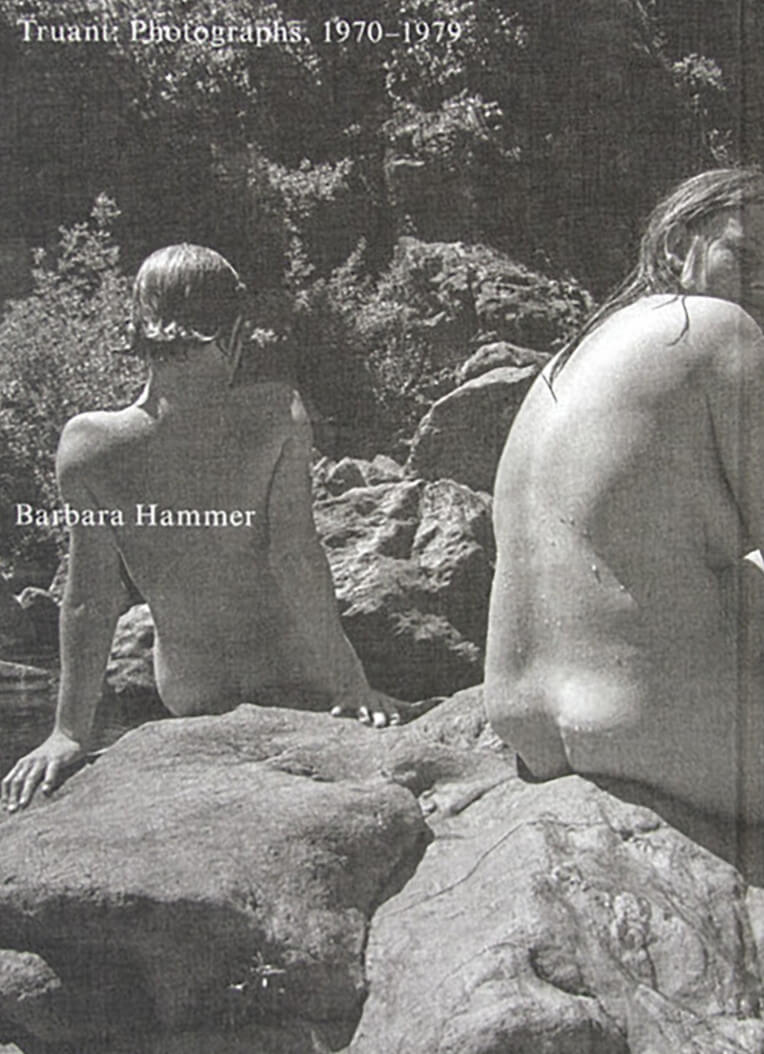 Throughout the 1970s, filmmaker Barbara Hammer toured the United States, Africa, and Europe, making film after film about women and the lesbian experience, both of which had seldom been seen by a woman, for women on screen before. She made a slew of now-legendary experimental films, including Sis­ters! (1973), Dyketactics (1974), Multiple Orgasm (1976), Sappho {1978), and Double Strength {1978), more or less inventing lesbian cinema at a time when such material had largely been relegated to the pornographic imagination of male artists and filmmakers. During this prolific period, Hammer photographed her travels, her lovers, moments of community and kinship between her collaborators on set, private and public performances, friends, strangers. Through these photographs, Hammer explodes traditional notions of female sexuality by showing it for what it is: complex, messy, abstract, human.

Barbara Hammer is an experimental filmmaker whose work has pioneered feminist and lesbian cinema for five decades. She has had film retrospectives at the Jeu de Palme (Paris), Museum of Modern Art (New York), Tate Modern (London), National Gallery of Art (Washington, Dq, Kunsthall (Oslo, Norway), Toronto Film Festival, and Pink Life Queer Festival (Ankara and Istanbul, Turkey). Her work was included in the 1985, 1989, and 1993 Whitney Biennials and is included in the perma­nent collections of the Australian Center for the Moving Image, the Museum of Modern Art (New York), the Centre Georges Pompidou, and elsewhere. She is the author of Hammer! Making Movies Out of Sex and life (Feminist Press 2009). An exhibition of her notebooks was presented at Company Gallery in Fall 2014. A fol­low-up exhibition at Company, Truant: Photographs, 1970 – 1979, featuring unseen photographs from the 1970s, opened in October 2017.