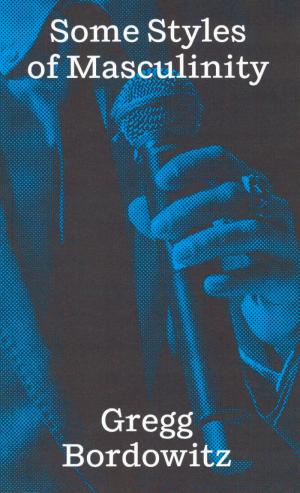 Some Styles of Masculinity
Greg Bordowitz
Triple Canopy - 19.50€ -  out of stock

An intimate, urgent and riotous account of masculinity, whiteness, queerness and belief in America.

In winter 2018, Gregg Bordowitz performed a three-part lecture series at the New Museum as part of Trigger: Gender as a Tool and a Weapon. Each evening, he explored an avatar of masculinity that was formative to him as he came of age as an outer-borough child of Jewish immigrants, then as an artist-activist in Manhattan at the dawn of the AIDS crisis: the rock star, the rabbi and the comedian. He merged personal and political history, ribald humor and social criticism, performer and persona.

Some Styles of Masculinity is a self-portrait and an essay on upheaval and plague, based on transcripts of the eponymous series, which Bordowitz has reimagined for the page. He asserts that gender can't be separated from ethnicity, sexuality, class or nationality, and he connects these aspects of himself through personal anecdotes as well as reflections on whiteness, diaspora, comedy and Jewish mysticism. Some Styles of Masculinity evokes David Antin's "talk poems," Maggie Nelson's "autotheory," David France's How to Survive a Plague and Wayne Koestenbaum's casually erudite criticism. This book is a winding, intimate, urgent, freewheeling account of thinking and enduring in difficult times.

Gregg Bordowitz (born 1964) is the author of Glenn Ligon: Untitled (I Am a Man) (2018), General Idea: Imagevirus (Afterall Books, 2010) and The AIDS Crisis Is Ridiculous and Other Writings, 1986-2003 (2004). He was an early participant in ACT UP (AIDS Coalition to Unleash Power), where he cofounded several video collectives.